FLASHNEWS
OUR DIOCESE
DIOCESE OF AHMEDABAD 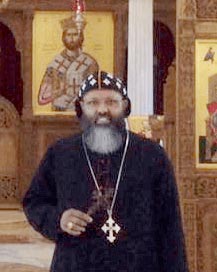 The Diocese of Ahmedabad came into existence vide Kalpana No 93/2009 dated March 2,.2009 of His Holiness Moran Mar Baselios Marthoma Didymus-1, Catholicose of the East & Malankara Metropolitan. The new Diocese was carved out of the Dioceses of Bombay, Calcutta, and Delhi and consists of 35 parishes and congregations, situated in the states of Gujarat, Rajasthan, Madhya Pradesh and Sultanate of Oman in the Arabian Gulf.

The first General Body meeting of the new Diocese of Ahmedabad was held on June 19, 2009, under the President-ship of H. G. Geevarghese Mar Coorilose at St Mary’s Orthodox Syrian Church, Ahmedabad. The meeting was attended by priests and lay representatives representing various parishes in the Diocese. The meeting was also attended by existing members of the Malankara Orthodox Church Managing Committee and the Diocesan Council from the Parishes which have been included in the New Diocese and also by the Parish Office Bearers as special invitees. Rev Fr Joji George, Vicar, St Mary’s Orthodox Syrian Church, Ahmedabad was elected as the Diocesan Secretary by the General Assembly.

The Diocese of Ahmedabad was formally inaugurated on October 3, 2009, by His Grace Dr. Mathews Mar Severios Metropolitan, Secretary to the Holy Episcopal Synod and the Metropolitan of Kandanad Diocese in the presence of priests, faithful and invited guests.

The Diocese of Ahmedabad is presently functioning from the premises of St Mary’s School, Naroda, provided by the St Mary’s Orthodox Syrian Church, Ahmedabad.